Windsor & Eton Brewery, which brought brewing back to central Windsor in 2010, brews beer using barley grown on the Windsor Farm and the spent grains are returned to the Farm to feed their cattle.

Windsor & Eton Brewery has won over 70 international, national and local awards, and have created collaborative brews with breweries in Australia, Europe, South Africa, Brazil and North America. It brews bottled beer for the House of Commons, Windsor Farm Shop, nationally for Waitrose, and for pub companies including Wetherspoon and Mitchell & Butlers.

Windsor & Eton Brewery are seeking properties, either leasehold or freehold, with riverside locations preferred, in the following locations: 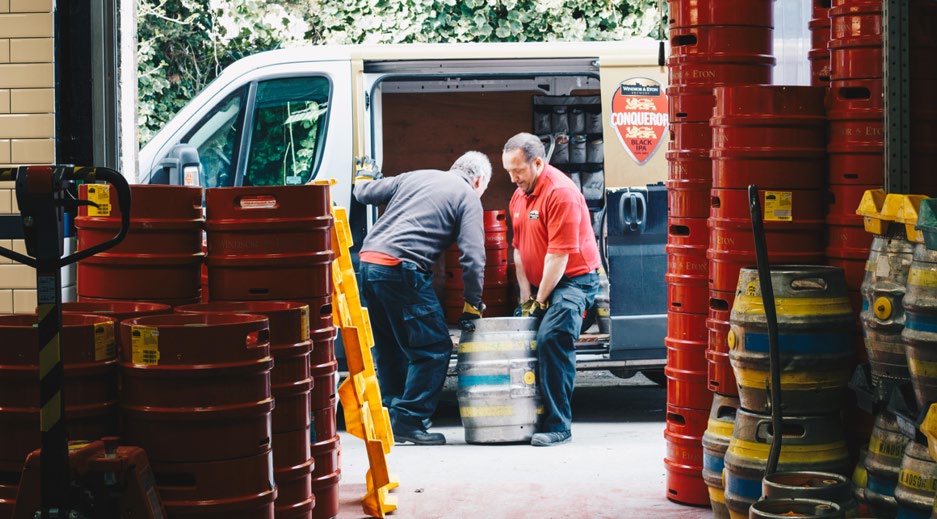 The Windsor and Eton story so far…

The areas of Windsor and Eton had always boasted a rich and illustrious history of brewing, with the local beers sought-after for their quality and consistency. This proud tradition came to an end when the final Windsor brewery closed their doors in 1931.

Fast forward almost 80 years, and brewing returned to Windsor! The founders Will, Paddy, Jim and Bob took on Unit 1, Vansittart Estate with the dream of “Making Beer the biggest attraction in Windsor”. Given the world-famous castle, school, river, racecourse and Royal connections, this was to be no mean feat.

The brewer's first beer, the Guardsman, first went on sale back in April 2010. Since then, the beers have found adoring fans locally, nationally and internationally, picking up over 70 awards along the way. The beers are enjoyed within the House of Commons, and as the only brewer with a Royal Warrant; even the Queen and members of the Royal Household can be counted as drinkers of the fine selection of IPAs, Ales and Lagers brewed in the heart of Windsor.

The current selection of beers include:

The Guardsman had big boots to fill, as the first new beer brewed in Windsor for almost 80 years. With a lovely copper-colour, this session strength ale has a tangy taste with a really refreshing fresh hop finish. Brewed with the best Maris Otter pale malt and combined with a blend of Pilgrim, Styrian Golding and Fuggles hops, we’re sure you’ll love the Windsor and Eton Guardsman. We certainly do!

Knight of the Garter

Aptly referred to as ‘sunshine in a glass’, the Knight of the Garter is a refreshing golden ale that makes for easy drinking. Brewed with premium Maris Otter pale malt and a blend of New World whole leaf hops, the ale had a distinctive citrus flavour and appealing aroma. Pairs very nicely with a salad or a ploughmans, the beer was voted the best cask golden ale in London and the South East in 2017.

The celebration beer for Windsor and Eton, the Windsor Knot was originally brewed to commemorate the marriage of Prince William and Kate Middleton back in 2012. A special recipe was brewed to later celebrate the 2018 union of Prince Harry and Meghan Markle. Whilst all Windsor and Eton beers are brewed from the finest natural ingredients, the Windsor Knot is brewed from two specially selected hops, the Sovereign and Nelson Sauvin from New Zealand. The pale ale delivers a refreshing taste with a zest of exotic fruit aroma.

An 11 award winning craft lager, the Republika uses authentic Saaz hops, Czech yeast and a Pilsner malt to deliver a full flavoured pilsner lager with a rounded, balanced taste. Fermented for two weeks before ‘largering’ for another six weeks, it is easy to understand why this clean and crisp pilsner lager is picking up awards left right and centre.

Celebrating the diversity of contemporary London, the Capital is a dry hopped helles lager with a hoppy, lemony taste profile. Perfectly balanced session strength lagers don’t come much better than this helles lager dry hopped with Madarina Bavaria to deliver the zesty refreshing finish. Goes well with chicken and salads in our experience.

The bold, uncompromising beer of the lineup. Packed with hops at four different stages of the brewing process, the Treason is a favourite with beer lovers, writers and judges. Packed with Imperial and Munich malts, the beer has just enough body to tame the hop aromas jumping out of the glass. Definitely worth matching with fish. 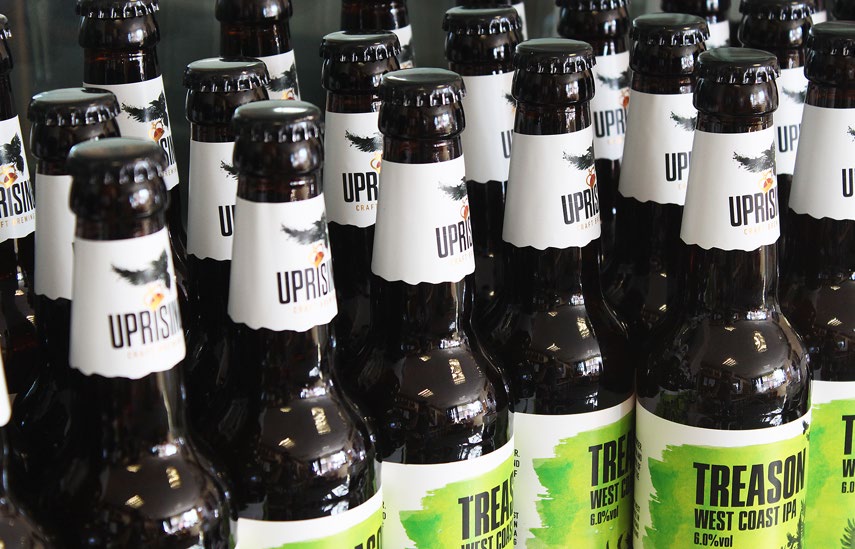