Nestled to the east of the Smithfield Market is Cloth Fair, one of London’s most historic streets. 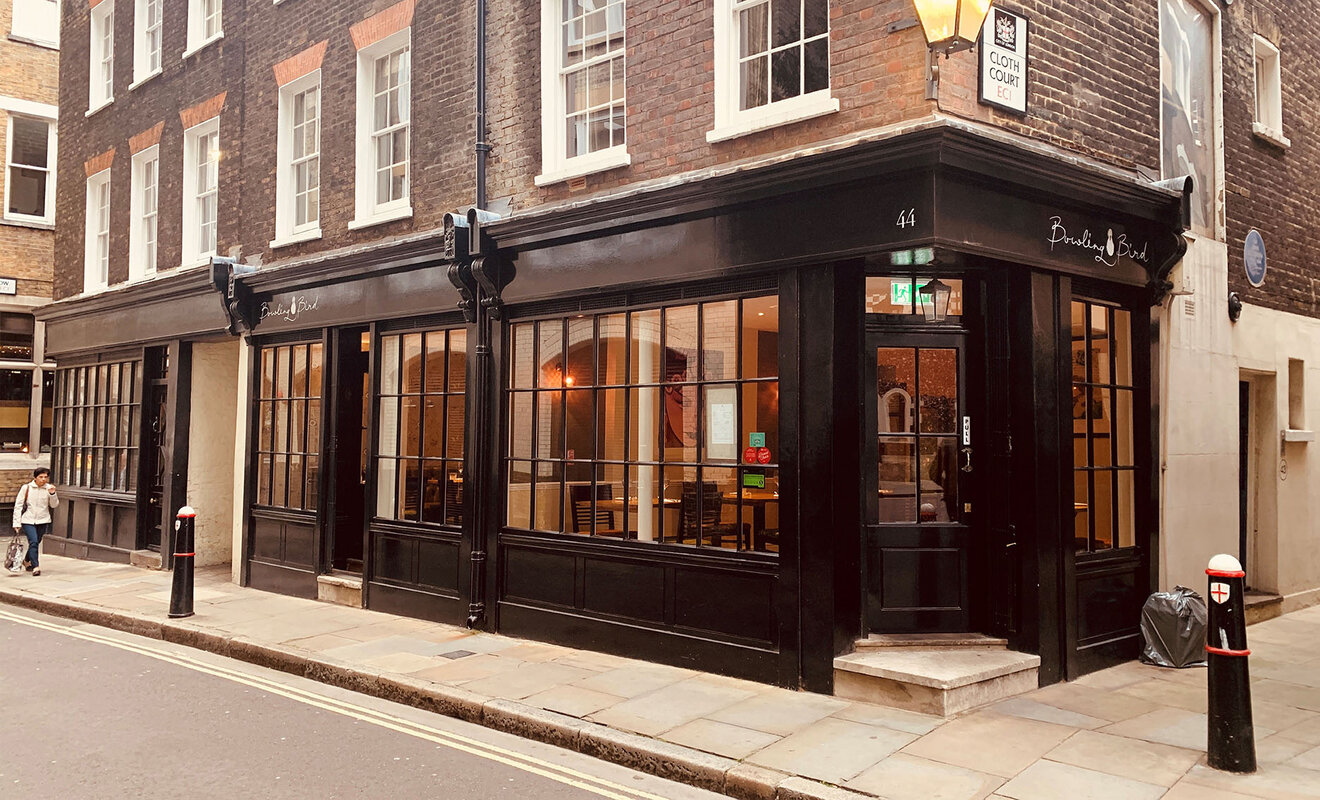 Despite only stretching 150 yards in total, Cloth Fair boasts a history that predates the Great Fire of London and is home to the oldest residential dwelling within the City of London.

The name is a reference to the historic Bartholomew Fair that took place in the area between 1133 and 1855. Primarily a trading event for cloth, the summer charter fair drew crowds from all enclaves of London society across the centuries. At its peak, the Bartholomew Fair was the largest cloth fair in the country. Through the centuries, the fair evolved more into an entertainment festival with various sideshows, with the trading taking more of a backseat. Eventually, the fair was suppressed in 1855 due to problems with violence, drunkenness and debauchery. During this period, Cloth Fair was defined by the sort of narrow alleyways that would be associated with period medieval streets such as The Shambles in York.

Built sometime between 1597 and 1614, the buildings that occupy 41 / 42 Cloth Fair are the only houses within the City of London to have survived the 1666 Great Fire of London. Historically enclosed within the large walls of the Priory Church of St Bartholomew the Great, Cloth Fair was protected from the fires that so viciously engulfed the rest of London.

It wasn’t just fire damage that gutted London of similar aged properties. Throughout the early 20th century, the buildings were reviewed for potential demolition by the City of London Corporation. Many of the surrounding alleyways that once held the street markets were demolished as part of the widespread sanitary scheme designed to improve living conditions across the city. Little priority was placed upon the historic structures that would be lost. Despite being served a dangerous structure notice, these historic houses were fortunately saved and extensively renovated by Paul Paget. In recognition of the quality restoration, the buildings were awarded the City Heritage Award in 2000, owing to the enhancement of the area as a result of the extensive refurbishment.

It was also in this area of Smithfield that Wat Tyler, the leader of the 1381 Peasants’ Revolt was killed by officers loyal to King Richard II. This isn’t the only Royal link that this small street has. Fast forward a few centuries, the Queen Mother upon visiting joined the tradition of etching her signature with a diamond into a set of leaded windows. Her signature is among good company, with fellow signees including Winston Churchill, Montgomery of Alamein and the Poet Laureate Sir John Betjeman.

Betjeman’s name once adorned 44 Cloth Fair, the Class E / Sui Generis property that has recently come to market. Gabriella Sether, the Senior Surveyor for Restaurant Property’s Central and Greater London division, quoted that "Cloth Fair continues to be a popular tourist destination. Not only is it steeped in history, the close location to the Smithfield Market, the Barbican and the Farringdon stations combine to make 44 Cloth Fair a prime location. This is a fashionable, vibrant and trendy area which is continuing to grow as a popular retail destination and will benefit from the new Cross Rail Development.”

For further information or to enquire about this property, please visit here. Nearby operators include Club Gascon, Redemption Roasters and The Rising Sun.

One of London's Oldest Pubs, The Beehive Marylebone, Comes to Market

First licenced in 1793, The Beehive has operated in its present location on 126 Crawford Street in Marylebone since 1884.