Having been at the forefront of the leisure property industry since 2000, we’ve seen many changes come and go over the years. Back in 2016 the Restaurant Property team came together to make our predictions for the industry over the coming years.

Now six years have passed, how did we fare? 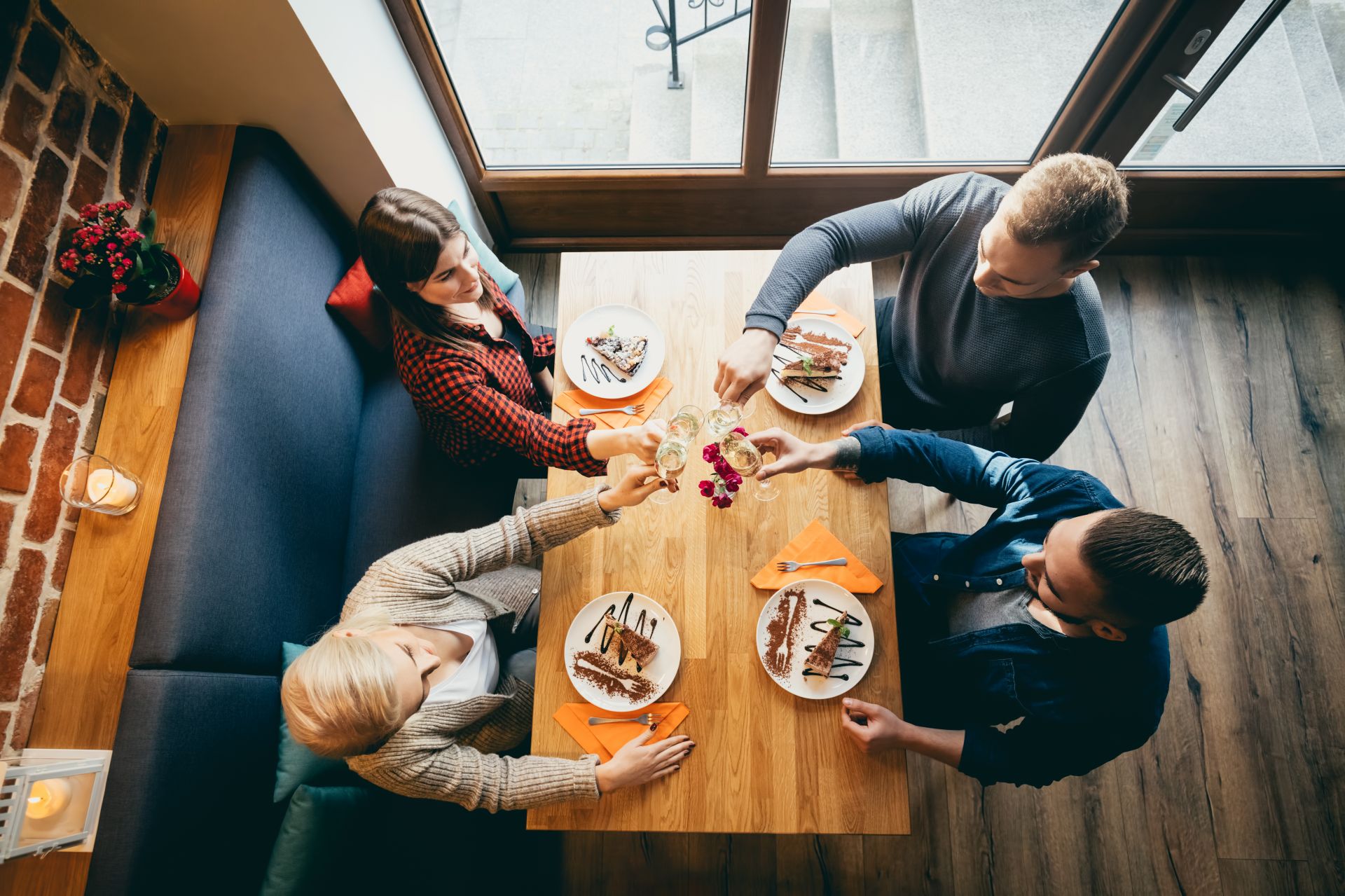 Our first prediction centred around the use of technology creating new opportunities for customers to access their meal. From mobile ordering to paying via apps, our 2016 forecast predicted that even the classiest of establishments will incorporate an on-demand dining experience.

Most definitely. Accelerated by social distancing and a move away from cash, restaurants across all price points have incorporated technology into their operations. Back in 2016 the online delivery services such as Deliveroo and UberEats were in their infancy, with the latter only commencing their London operations in 2016. As of March 2022, the UberEats app had been downloaded nearly six million times in the UK, Deliveroo roughly five million times, with Just Eat a close third with just over four million downloads.

Focusing on the growing concern around what goes into our food and the journeys that the produce had taken to arrive on our plates, our second prediction was an increase in food transparency. We speculated that the industry would prioritise and promote locally produced food, free from artificial flavours, colours, preservatives and sweeteners.

Yes. The largest change regarding food transparency was introduced in April 2022 when calorie labelling was made compulsory for restaurants, cafes and takeaways with more than 250 staff. Introduced by the government as part of wider plans to tackle obesity, the move was designed to help people understand what went into their food and to make it easier to make healthier choices. Whilst it became compulsory in 2022, certain chains such as The Real Greek and Wetherspoons pubs had already been publishing the information.

Prediction Four: Blur the lines between front and back of house

Linked to the desire to know what went into our food, back in 2016 we predicted a blurring between the front and back of house by putting seating in full view of the kitchen, with increased tableside exhibition cooking.

Certain restaurants have fully adopted the blurred front and back of house seating and presentation, especially in Mayfair. Whereas once it was primarily only the Asian restaurants that embraced the open kitchen concept, cuisines from all corners of the world have embraced the cooking as entertainment model. Ceru is a beautiful example of the open plan kitchen concept.

Six years on, how did we do?

No one could have anticipated the industry defining changes brought about by the COVID-19 pandemic, however our 2016 predictions fared rather well, especially given the circumstances and unprecedented pressures put upon the leisure industry over the past couple of years. As we turn to the future, we await with anticipation the progress of some of the recently adopted technologies that became commonplace in the era of social distancing. Whilst QR code ordering and mobile billing will likely remain popular in high turnover establishments, it will be interesting to track the progress of some of the recently adopted technologies to see whether they become regular features of the high end restaurants of the future.

If you are searching for your new restaurant, register your search requirements with the Restaurant Property team. We stay ahead of and guide industry trends to help match landlords and operators for the best chance of success. If you are looking for a new property for your brand, or ready to take on a new tenant, talk to us today.

In conversation with Gaucho

First arriving in London in 1994, Gaucho takes inspiration from the contemporary authentic Argentina to deliver the world's best steak.

The Hidden History of Putney

With a history dating back to the Domesday Book, the story of Putney is one of battle, royalty and leisure.